Only one desire.. ..to come back
Senator Hotel Taksim  reflects the spirit and culture of the magical city of Istanbul. This historical building with its modern and comfortable decoration is located 22 kilometres from Istanbul  Ataturk International Airport. It is also very close to the world famous historic landmarks of the old city,  like Hagia Sophia, Blue Mosque, Topkapi Palace and Grand Bazaar .

The Hotel is ideally  located  for both  business and leisure travellers, in the heart of Istanbul’s business district and just a short walk from Taksim Square, shopping and entertainment area.

AIRPORTS
Istanbul has two airports, the major
Atatürk International Airport (IST) near Yeşilköy 15 km (9 miles) west of the city center, reachable by Metro (map)
Sabiha Gökçen Airport (SAW) on the east side of the Bosphorus. 65 km (40 miles) Taxis and public transport serve both airports, but a private transfer is often a better way to go.
On your request Best Western Senator Hotel arranges private airport transfer for both airports for you.

CITY BUS
City bus routes get you to some places you’ll want to visit. Buy tickets before boarding at kiosks labeled “I.E.T.T” and/or “Bilet” (ticket).

DOLMUŞ MINIBUS
Dolmuş means “filled,” which is what the vehicle needs to be before it departs on its customary route. The dolmuş (DOHL-moosh) is Turkey’s shared taxi or minibus. You may find them helpful occasionally in Istanbul.

FERRYBOAT
Traditional white IDO ferries and private TurYol ferries serve shorter water routes, and are the most enjoyable way to get around Istanbul
Special daily Touristic Bosphorus Ferries run from the Eminönü ferry docks up the Bosphorus almost to the Black Sea several times daily. Both Sea Bus catamarans and ferryboats travel to the Princes Islands near Istanbul in the Sea of Marmara.

FÜNIKÜLER
The Füniküler (underground funicular) connects Taksim Square and Kabataş on the Bosphorus shore. At Kabataş you can board a ferryboat, sea bus, or Zeytinburnu tram.

INTERCITY BUS
Istanbul has two intercity bus terminals, the major Istanbul International Bus Terminal (Büyük Otogar) at Bayrampaşa/ Esenler on the western side of the Bosphorus (reachable by Metro: map), serving the entire country as well as Greece, Bulgaria, the Balkans and Europe; and the Harem Otogar on the eastern shore of the Bosphorus north of Haydarpaşa Station, serving Anatolian Turkey and the Middle East.

METRO
Two lines of Istanbul’s Metro system are in operation (map). The most useful for foreign visitors is the light-rail line connecting Atatürk Airport and Aksaray Square via Istanbul’s mammoth Otogar (intercity bus station), at which you can board a bus to any part of Turkey or to virtually any country within 1000 miles (1600 km) of Istanbul. Change to the tram at Zeytinburnu to reach Old Istanbul and Sultanahmet Square. Also, a standard-gauge Metro line goes north from Taksim Square to the commercial districts.

“SEA BUS” CATAMARAN
Catamarans zoom around the city at rush hour, and out to the Princes Islands several times daily. There are even Sea of Marmara routes to Yalova and Bandırma on the sea’s southern shore.

SHIPS & CRUISE LINES
Foreign cruise ships and international ferries dock at the Yolcu Salonu in Karaköy at the northern end of the Galata Bridge over the Golden Horn, right in the center of the city

TAXI
Thousands of yellow taxis, most powered by clean-burning liquified natural gas, throng Istanbul’s streets. You’ll find them useful and not overly expensive, though the incidence of unpleasantness can be high.

TRAIN STATIONS, INTERCITY
Istanbul has two intercity train stations: Istanbul (Sirkeci) Garı on the Golden Horn, and Haydarpaşa Garı on the Asian shore of the Bosphorus. Take the Zeytinburnu-Kabataş tram to Sirkeci for European trains, or to Karaköy for the ferry to Haydarpaşa.

TRAINS, SUBURBAN
Suburban commuter trains depart Sirkeci Station, trundle around Seraglio Point and continue along the Sea of Marmara shore stopping at the Yenikapı Ferry Terminal (for intercity car and passenger ferries across the Sea of Marmara) and at Yeşilyurt near Atatürk International Airport.

TRAM
You’ll find Istanbul’s two tram lines useful (map), even though they’re as different as can be. Although the nostalgic 19th-century Istiklal Caddesi tram is more fun, the Eminönü/Kabataş-Zeytinburnu tram is the more useful, and can help you travel between the heart of the tourist district at Sultanahmet Square and the Otogar (bus terminal) and/or Atatürk Airport.

TÜNEL
Tünel is Istanbul’s little 19th-century two-station underground train connecting Karaköy (Galata) and the southwestern end of Istiklal Caddesi. It’s convenient and fun.
Slightly better suburban trains depart Haydarpaşa Station and travel along the northern shore of the Sea of Marmara on the Asian side of the Bosphorus.

WALKING
The best way to get around Istanbul’s compact medieval core is on foot. Traffic is often so heavy, and traffic patterns so circuitous, that you can often walk somewhere faster than riding.

If you need more information please 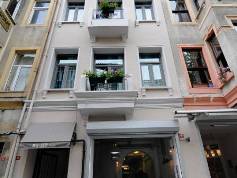 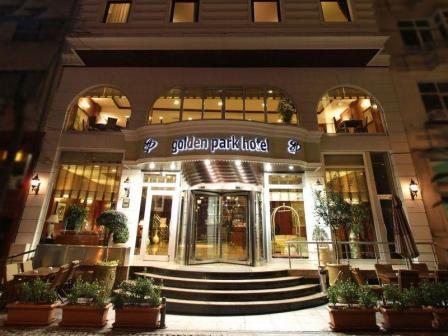